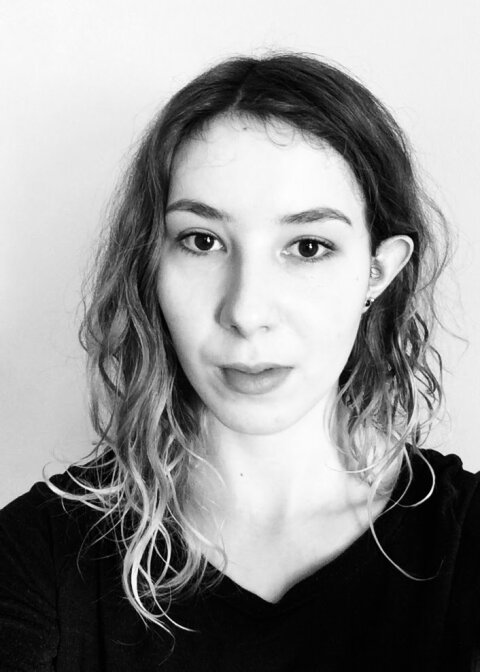 Frances Willoughby’s work is concerned with the metamorphosis of the human form. Her soft sculptures - often based on her own body - are surreal hybrid beings. The atmosphere and imagery from the films she viewed throughout her childhood have influenced her practice, including David Lynch’s Eraserhead (1977) and Jan Svankmajer’s Alice (1988). The human condition: Emotions, memories and chance feed her practice as Willoughby seeks to explore the dualism of the familiar and the unfamiliar.

Sewing and textiles are central in the creation of her mixed media soft sculptures. Willoughby has reconstructed doll patterns from her childhood toy-making books to create a series of life size self portraits. The autobiographical forms illustrate her inner thoughts, fears and desires. The act of physically doing and undoing the stitches becomes a method of healing from personal trauma and a ritual to navigate the purpose of the work itself.

Willoughby considers the body as an unresolved mystery. “The body is like a sentence that invites us to rearrange it, so that its real meaning becomes clear through a series of endless anagrams” (Hans Bellmer, 1902-1975). Elements of the human body can become whole in their own right. They are separate from the rest of their form, yet complete and can be rearranged, multiplied and distorted, creating a hybrid creature occupying a space between life and death.

Surrealism and psychoanalysis have informed the theoretical context of Willoughby’s practice. Her work examines ‘Repetition compulsion’ which is a desire to repeat traumatic events. This manifests through the repetition of the artist’s part-body, such as legs, hands and breasts. This compulsion to revisit, repeat and rework the human form represents the tendency to repeat destructive behavioural patterns as they feel familiar.

Bad Breast (2019); a set of embroidered, soft sculpture, fabric breasts covered in acupuncture needles. This assemblage draws on Melanie Klein’s theories on the psychoanalysis of children and her work on the object relations theory. The needles allude to healing as well as self-destruction.

Found objects and images are scattered throughout Willoughby’s practice. As a collector of ephemera including photographs, packaging and toys she is drawn to the history and aesthetics of found things. Reminiscent of the Surrealists, there is an element of chance that comes into play as she allows the materials to guide the direction of the work through a process in which the objects are transformed and rebuilt.

Another thread of Willoughby’s practice is her site-specific installations. Within these projects domestic interiors are created that reflect physiological landscapes; the scale is expanded and the intensity of the work becomes inescapable. This is evident in Play Along (2017); an installation created during the aftermath of a family tragedy. The work was displayed like a stage set of a domestic living space with distinct differences: wood chips cover the floor, a number of fig trees line the edge of the work and several bodies emerge from the furniture which occupies the space.

Willoughby has exhibited both nationally and internationally, including the Mall Galleries and the Royal West of England Academy. In 2021, she received a grant from Arts Council England for her project The Spaces in Between.